Traditional Dutch Food You Should Try When Visiting Netherlands

The Netherlands is not known for its cuisine, but you should try at least some of the traditional Dutch food items in the list below when you are visiting The Netherlands.

Are you a foodie heading to the Netherlands and wondering what traditional Dutch food you should indulge in?

Food culture in the Netherlands

When looking at a map of the world and thinking about the culinary identity of all the various countries, you might come to the conclusion that the Netherlands doesn’t rank high on your list or – let’s be honest – is probably missing in action completely. Northern European countries are not known for their exciting cuisine and the Netherlands is no exception to the rule.

The Dutch don’t boast about their original ‘farmer’s cuisine’, although our ancestors did manage to get some hearty and tasty dishes out of it that most people still eat on a cold winter’s day, such as ‘stamppot’ – mashed potato with kale, sausage and gravy – or ‘erwtensoep’ – a green pea soup garnished with sausage, bacon and rye bread (don’t worry, vegetarian options are available)! 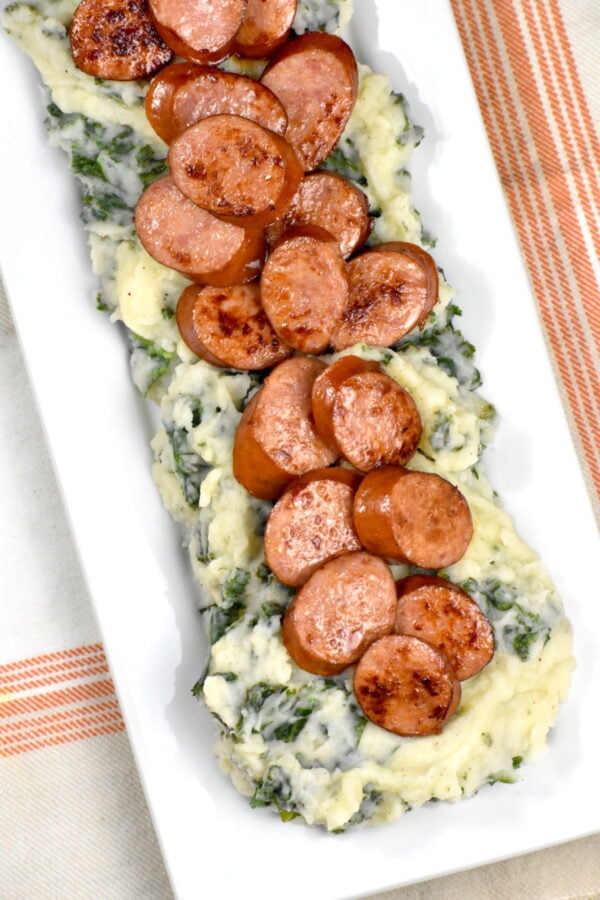 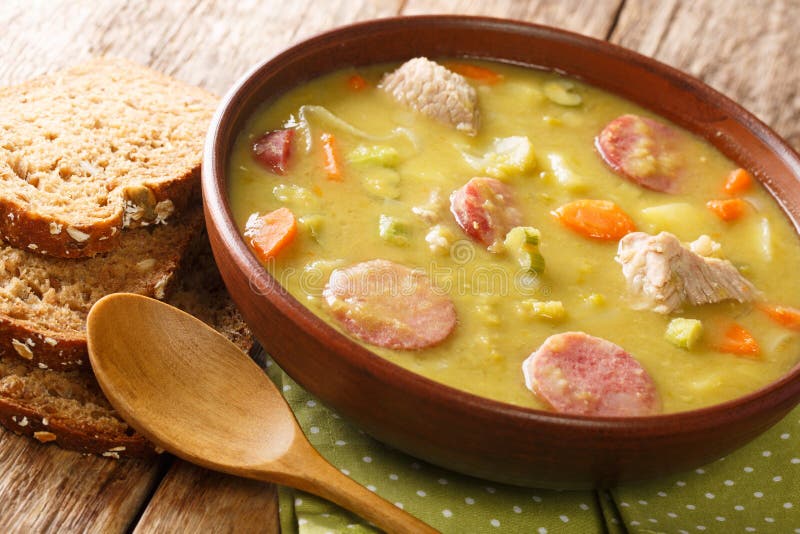 Frites are the Dutch version of french fries – also called patat, Vlaamse frieten, or friet. These fries are much thicker than regular french fries and were invented in Belgium. The most popular dipping sauce to eat them with is mayonnaise, but other options such as ketchup, curry sauce, peanuts sauce or even melted cheese are available as well.

These fries are typically served in a paper cone with the sauce right on top. You will surely stumble upon a ton of fries shops on your adventures in the Netherlands and getting your own serving to enjoy while walking around and exploring is a must.

Poffertjes are a traditional Dutch sweet treat that everyone loves. They are essentially mini pancakes that are so fluffy they are almost spheres. Poffertjes are typically served with powdered sugar and butter as toppings. However other toppings like fruits and whipped creams are also common.

You can get these at street stands, at local markets, at bakeries, and even from places like Dominos pizza!

Stroopwafels are a Dutch sweet treat that is loved by everyone. They have become known in other parts of the world but their origin is in the Netherlands. They consist of two thin waffles stuck together by a layer of gooey sweet syrup. This is undoubtedly the most famous traditional Dutch food that is popular amongst locals and tourists alike.

However, even if the native cuisine isn’t to your liking, thanks to the Netherlands’ multicultural melting pot you’ll be able to go on a culinary trip all over the world without ever skipping town! The countless authentic restaurants that our small country offers, cover about every cuisine on the globe. Just make sure you get there on time! 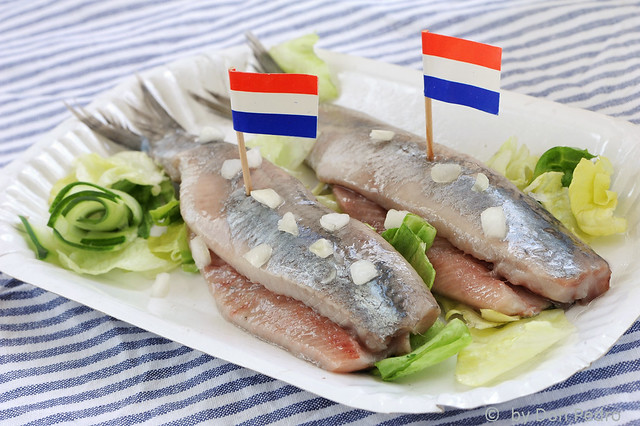 Raw herring is not for the faint-hearted. Herring is a type of fish and the Dutch like to eat it raw. Traditionally it is eaten by holding the fish by the tail and tipping your head back to bite it upwards. It is a fun experience but if you are not a fan of raw fish its probably not for you.

The fish can also come with toppings like onions or sliced gherkins to spice it up. You will smell the fish stands before you see them and they can be found all around cities in the Netherlands. The best time to try raw herring is in May or June as this is when its the freshest.

Pepernoten is a Dutch cookie-like treat typically served in December. They are small and round and taste like a ginger cookie and can be found in the traditional ginger flavor or with chocolate coatings! These small yet mighty sweets are a great small treat that can easily become addictive.

The Dutch tend to start the day early, with breakfast between 7 or 8 AM. This also means that our lunchtime (1/1.30 PM) is considered as being quite early by most foreigners, as is dinner around 6. But if you think that these mealtimes are dictated by a lack of joie de vivre, think again! The Dutch start the day early because of work and whereas in Southern European countries office hours as well as mealtimes are dictated by the sun and accompanying heat, our mild sea climate doesn’t get in the way of anything. If you were to be out and about during the weekend, you’ll find that lots of people go out for coffee and cake, lunch, and dinner. Even in winter, as soon as the first rays of sunshine appear, terraces are packed with people wearing blankets that are provided by the restaurants and bars, sitting as close to the heaters as humanly possible. However, if you are from a country where all-night dining is an option, please keep in mind that restaurant kitchens might close earlier than you’re used to. Usually, restaurants close their kitchen at 10 PM. 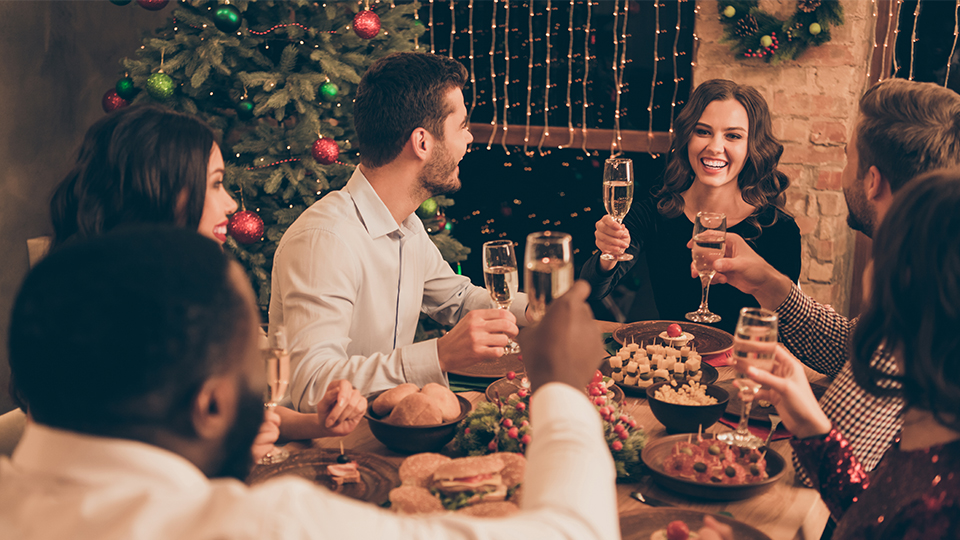