No matter where you are in the German-speaking world, who you are talking to and what time of day it is — learn the most suitable German greeting for your needs.

Hi there! How are you today? Are you alright? Doesn’t it feel nice to be greeted and welcomed at the beginning of an article you are reading? It feels even better being able to greet someone in their own mother-tongue. If you are learning German, then saying hello is pretty easy: just change the E to an A and you get Hallo. However, when it comes to offering a warm welcome in German there are many layers to be explored when it comes to greeting someone. There is a lot more regional, social and contextual variety than you might think.

Greetings are essential to language: we greet to acknowledge each other’s presence, to express happiness when seeing a friend, to stay in touch with people and also to comply with social etiquette. Greetings are one of the first verbal routines learned by children and usually the first thing you learn in a language class. I personally do not feel like I am ready to fully throw myself into any language until I know how to say hello, bye, how are you? and I’m alright.

The Many Ways To Welcome

Let’s first take a trip to the south, to the beautiful state of Bavaria, as well as to Germany’s neighboring, and very mountainous, country of Austria. Here, people greet each other all day long with a vigorous grüß Gott (literally “greet God”). If you know the person you are greeting a little bit better, let’s say you live on the same street or are both in the Alpine Association, you might say servus, which doesn’t really mean anything in German because it comes from Latin. It means slave or servant and so people acknowledge each other by saying, roughly speaking, “I’m at your service.” If you hear something that sounds like Habadere, you are certainly back in Bavaria, as this is what “Habe die Ehre” (I have the honor), sounds like in the local dialect. By the way, in Switzerland, you will be greeted with a heartfelt Grüezi, which is short for “Gott grüez-i” (God may greet you). 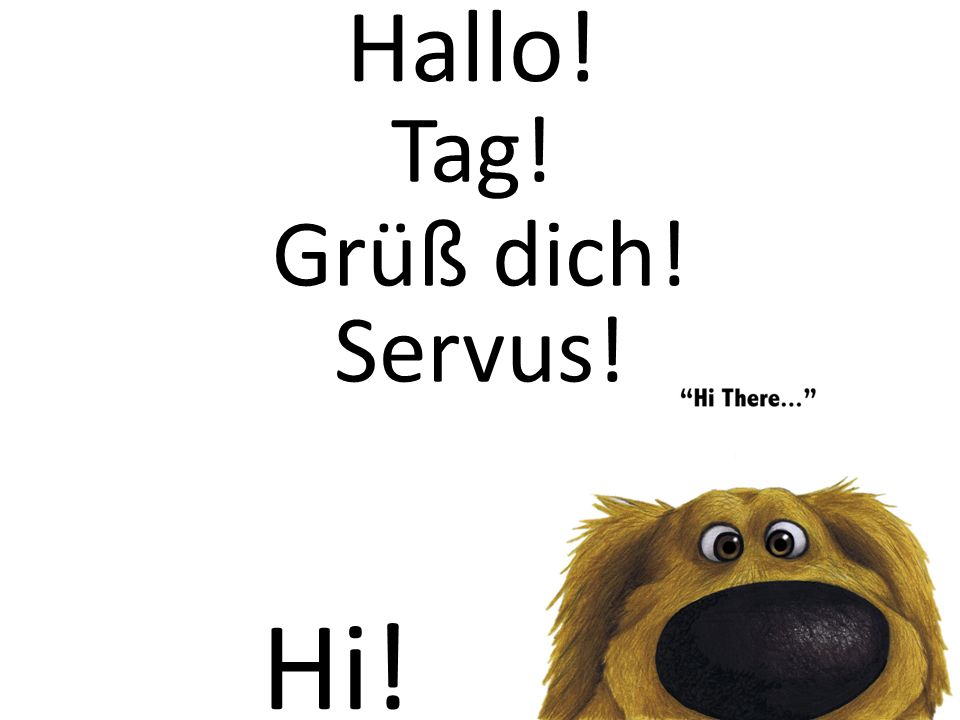 Heading back up to the much flatter but nonetheless scenic north of Germany, you will likely hear moin, the dialect form of morgen, which in turn is short for the standard German Guten Morgen (Good morning). People might even greet you with a spirited Moin, moin!, but these variations are likely to only be used up until about midday. After 12 o’clock you will start to hear Guten Tag just about everywhere in Germany — that is “good day” — or the shortened version, Tag, sometimes lazily pronounced as Tach. In the workplace, your colleagues will express a sonorous Mahlzeit before and around lunchtime, which literally means “meal time” but carries the connotation of “enjoy your meal!” 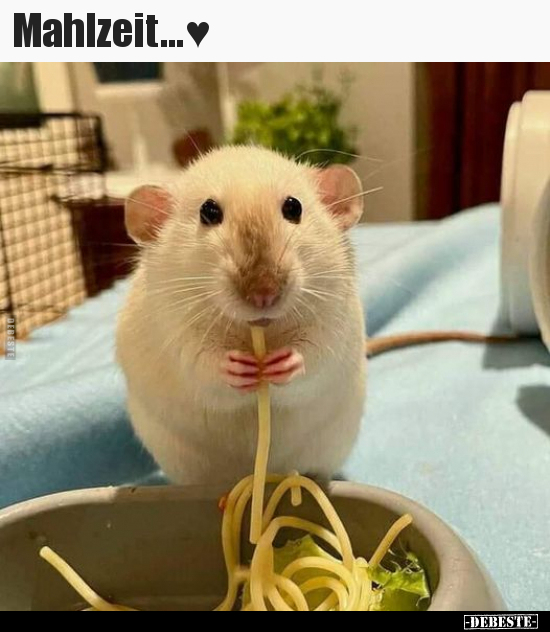 In the evenings, you can greet people with Guten Abend (good evening) or, if you’re grumpy and tired, a shortened n’Abend will suffice. If you’re the kind of person who doesn’t keep track of the time of day, you might just want to go for the all-rounder grüß dich (greet you), which you can say whenever you want.

Talking about universal all-rounders: what about Hey or Hi? They work in so many languages, and German is no exception. The same is true for jo (pronounced like YO), just make sure you spell it with a J rather than a Y. These options are rather informal though, so it might not get you a smile in your local Bürgeramt (citizens registration office). You can also greet your friends with a relaxed alles klar? (literally “all clear,” meaning “you’re all right?”), or with a swag Was geht ab? which almost sounds like its English equivalent of “what’s up?” And finally, there is the mysterious na…? While this can mean a myriad things, one thing’s for sure — it is always an invitation to start a nice little chat.