Top 6 Attractions in Kiel, Germany You Should Visit

Kiel, the state capital of Schleswig-Holstein, is located about 50 miles north of Hamburg. As the gateway to the Baltic and to Scandinavia, Kiel is one of Germany’s most important cruise ship ports, home to the country’s Navy’s Baltic fleet and its center for shipbuilding and naval tradition.

Here’s what you can do and see in Kiel, from an original war submarine to the busiest man-made ship canal in the world.

Kiel’s heart beats at the waterfront, so start your visit at the harbor.

Watch the giant ocean liners and container ships glide by, as big as buildings. Take a walk along one of Germany’s longest harbor promenades, known as Kiellinie, which runs from the castle gardens to the Hindenburgufer. Places to eat, drink, and shop line the way. Or get the best view of the city by seeing it from the water on one of the many boat tours.

Kiel is home to the world’s busiest man-made canal. The nearly 100-kilometer long (62-mile) Nord-Ostsee Kanal (Kiel Canal) connects the Baltic with the North Sea and saves 30,000 ships a year an average of 250 nautical miles (460 km) instead of going around the Jutland Peninsula.

There is a viewing platform at Holtenau to watch ships pass through the locks as well as a small museum to learn more about the location’s history and operations.

You can also cycle along the canal in its entirety or take a day trip; the bike path goes right along the water so you can ride side by side by side with giant container ships. There are lots of restaurants, observations points, and hotels along the bike route, which is very bicycle friendly: it’s flat and for the most part car-free!

Navy Memorial and Submarine in Laboe 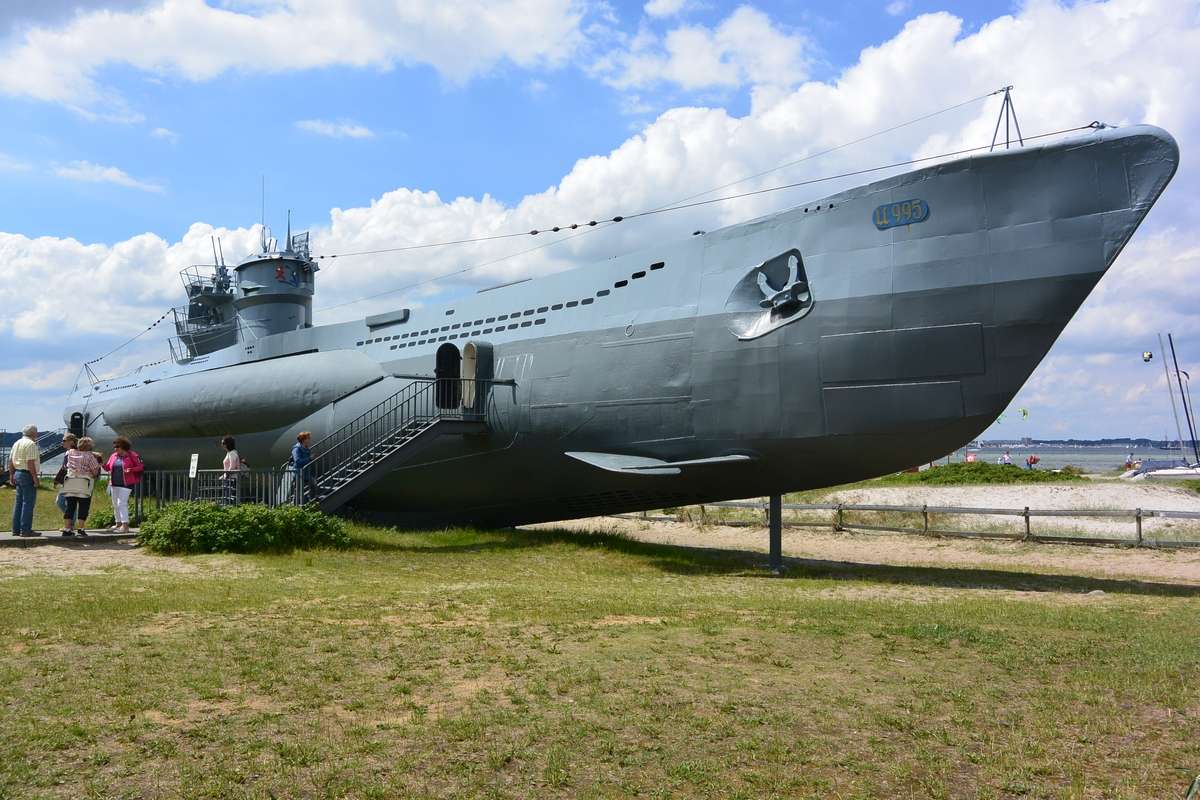 During the War, Kiel was the home base for the German submarine fleet. Nearby Laboe is situated about 10 km northeast of Kiel and is a treat for history buffs or fans of the movie “Das Boot”. Here visitors can see and even walk through the only surviving Second World War U-995 submarine. There is also a Marine-Ehrenmal (Navy Memorial) from 1936 with a 280-foot-high tower and an observation deck which offers wonderful views of the region.

An underground memorial hall, dedicated to sailors of all nationalities who died in the World Wars, and a museum detailing the history of the German Navy. 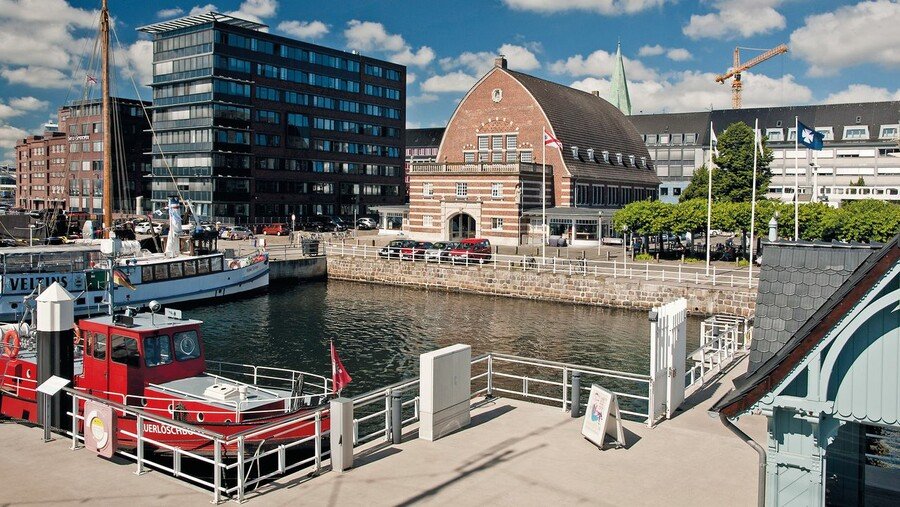 Set on Kiel’s waterfront, the Stadt und Schifffahrtsmuseum (Maritime Museum) documents the city’s rich maritime history. Housed in the historic fish auction hall, the museum shows everything from models of ships, nautical instruments, naval paintings, and figureheads. Don’t miss the Kaiser Panorama which shows 3D stereoscopic pictures and the panoramic picture of the harbor. It measures 27m² and is the largest ever painting of the city. You can also visit the three historic museum ships that are moored next to the museum, the “Hindenburg” lifeboat, the “Kiel” fire-fighting ship, and the “Bussard” from 1905. 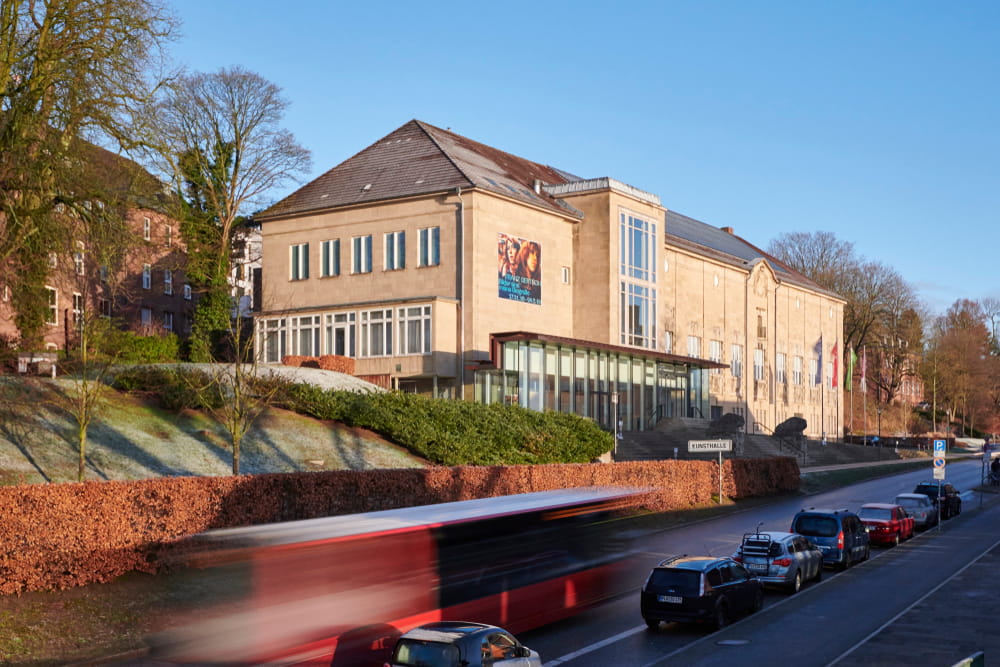 The Kunsthalle Zu Kiel is the city’s largest museum and houses one of Northern Germany’s best collections of modern art. Enter between the two bison to see Russian art from the 19th and 20th century, German expressionism, and contemporary international art after 1945. It also has the Antikensammlung Kiel collection which was founded in 1895 and consists of ancient sculptures.

Along with the impressive art collection, there is a lecture hall, cafe and a sculpture garden. 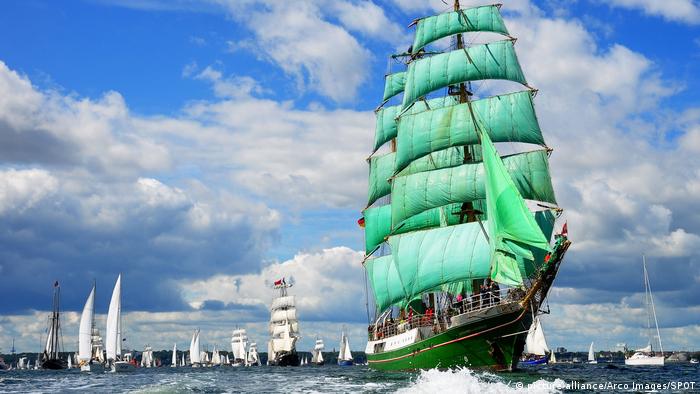 Held every year for a week at the end of June, Kiel Week or Kiel Regatta (or Kieler Woche) is said to be the largest sailing event in the world. It attracts 5,000 sailors, 2,000 ships, and more than three million visitors every year.

The event dates back to 1882 and offers regattas, historic ship parades, and a cultural program that transforms the city center of Kiel into the largest summer festival stage in Northern Europe. Kiel Week is also one of the largest tall ship conventions in Germany.

If you prefer to stay on land, the festival is one of the largest Volksfeste in Germany with many stages and live music and a large fireworks display to end the festivities on Sunday.