There are many fishes around the world called butterfish, but in Hawaii, butterfish is a preparation, not a species of fish.

What kind of fish is butterfish?

For folks in Hawai’i, butterfish is not simply a species of fish; it’s a preparation of fish. Hawaiian butterfish is miso-marinated black cod. Black cod is not really a cod; it’s a black-skinned (thus the name) sablefish (that kind of looks like cod.)

We understand the confusion. There are many fishes around the world called butterfish, including an eel in England. But in Hawaii, butterfish is a preparation, not a species of fish.

In Hawaii, where it’s hugely popular, this dish is usually called misoyaki butterfish. You’ll find it on many menus (especially Japanese restaurants) and you can buy butterfish fillets already marinated in most Island supermarkets.

Of course, you can use the butterfish recipe on any other firm-fleshed fish, even salmon or ahi (tuna). In fact, some people make misoyaki chicken, using the same marinade.

What is Hawaiian name for butterfish (Escolar)?

It is also known as s.n.a.ke mackerel, walu walu (Hawaiian, sometimes written waloo), and is sometimes sold as “butterfish” or “white tuna”, a matter aggravated by potential health problems related to consumption of escolar, giving rise to the mocking name Ex-Lax fish.

Walu fish is abundant, buttery as well as tasty whether it’s cooked or served raw as sashimi.

You can utilize its thick flesh, with a high moisture retention, for almost anything you set your mind to. It’s rich in oil material, and also sometimes also known as an “oilfish”, or incorrectly as a “butterfish”. 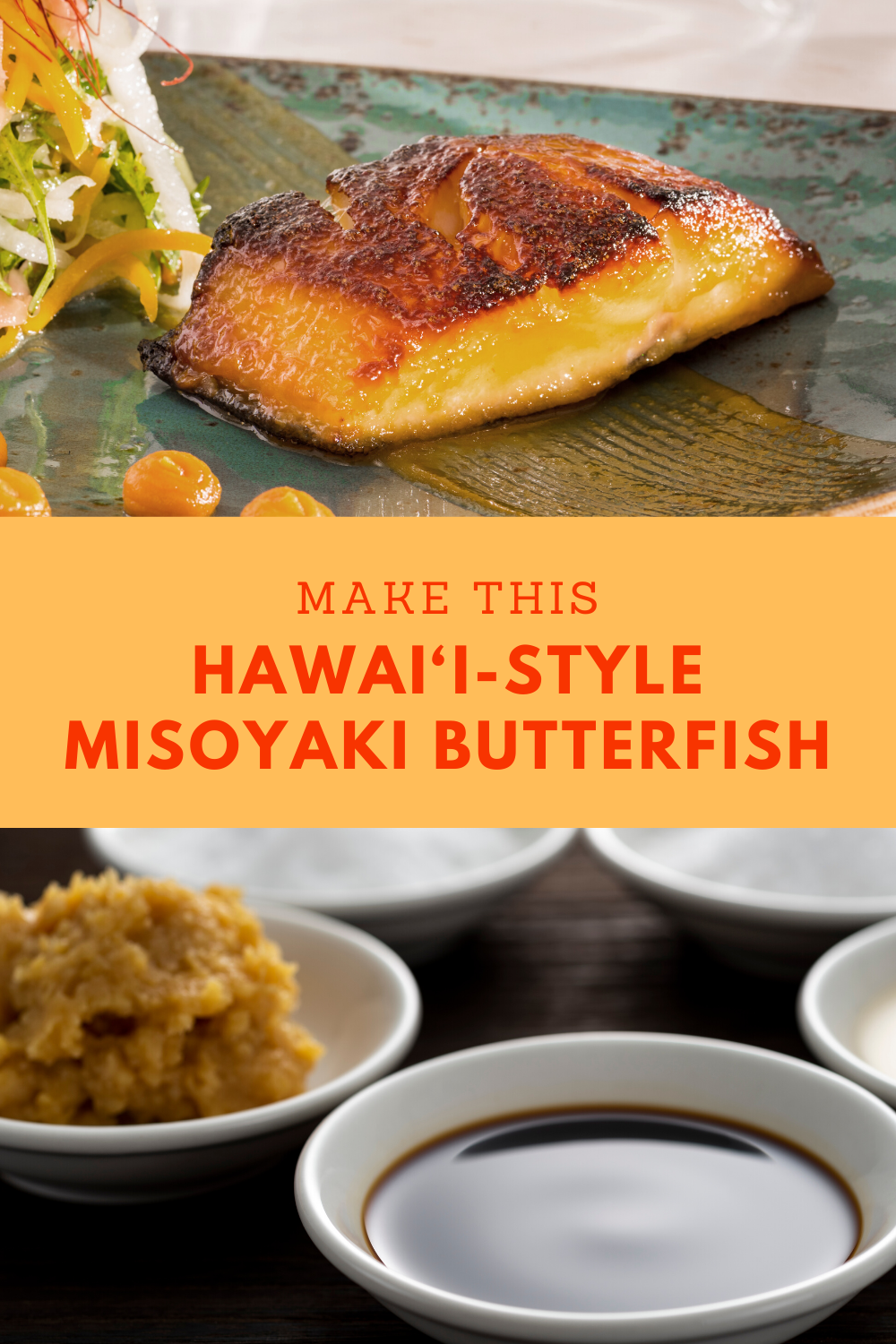 Misoyaki butterfish is fairly simple, but you need to work a day ahead.

To make the misoyaki marinade, bring sake, mirin and sugar to a boil for 5 minutes. Combine ingredients over low heat in a sauce pan until caramel color.

This is a marinade, so you can adjust proportions and ingredients to suit yourself. Some chefs add a bit of soy sauce, others a touch of vinegar. Still others grate in a little fresh ginger. Some Japanese chefs also add kasu, which are the lees from making sake, though that’s a hard ingredient to find.

Cool the marinade and use it to cover the fish fillets. Refrigerate for at least 24 hours, then grill, broil or saute gently. You don’t want to let the sugar in the marinade burn, just turn a beautiful golden brown.