Have You Visited All The Most Charming Villages in Canada?

From charming seaside destinations on the east coast to historic communities in rural Quebec, here are some of the most beautiful villages in Canada.

When most people think of Canada, they imagine its cosmopolitan capitals like Vancouver and Montreal, or its natural attractions like Niagara Falls. However, Canada’s tiny villages are often overlooked sources of the country’s most unique scenery and richest traditions. Read on to discover some of the most charming ones. 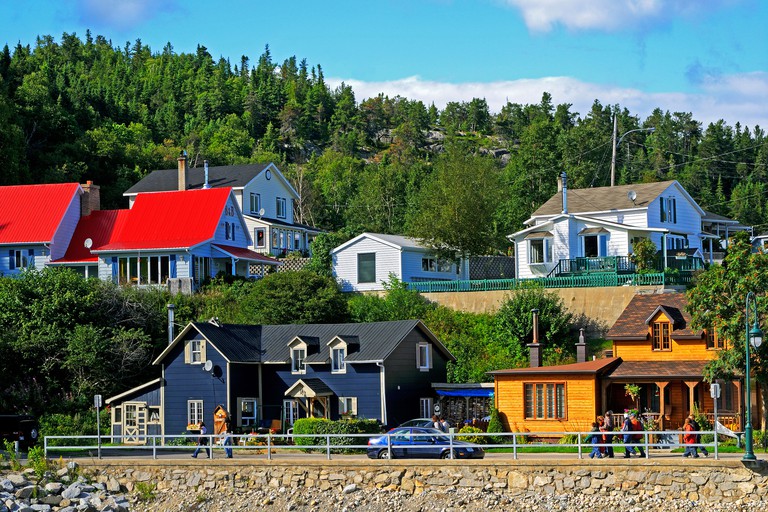 Located three hours away from Quebec City, Tadoussac is best known for its excellent whale-watching possibilities. The village is set at the meeting point of the Saguenay Fjord and the St. Lawrence estuary, a site where whales linger over the summer before migrating to the Atlantic Ocean in the autumn. Many companies offer tours on Zodiacs, but smaller whales like minkes and belugas can sometimes be spotted from the shore. Aside from whales, Tadoussac offers an artsy, historic atmosphere, with plenty of quirky shops and boutiques lining its streets. 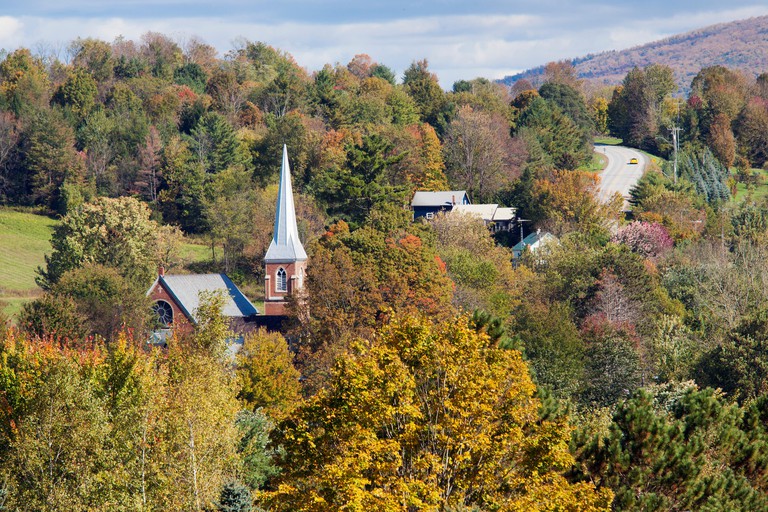 Ranked among Quebec’s most beautiful villages, Frelighsburg is set in a gorgeous location at the foot of Mount Pinacle, on the banks of the Pike River. Located near the Vermont border, the village was settled in the late 18th century by American Loyalists. Many buildings from this period, which blend brick and wood materials, are still standing today. Highlights include a mill dating back to 1839 and an early-20th-century convent. The surrounding valley is a flourishing apple-growing region, with numerous cider houses and orchards dotting the countryside. 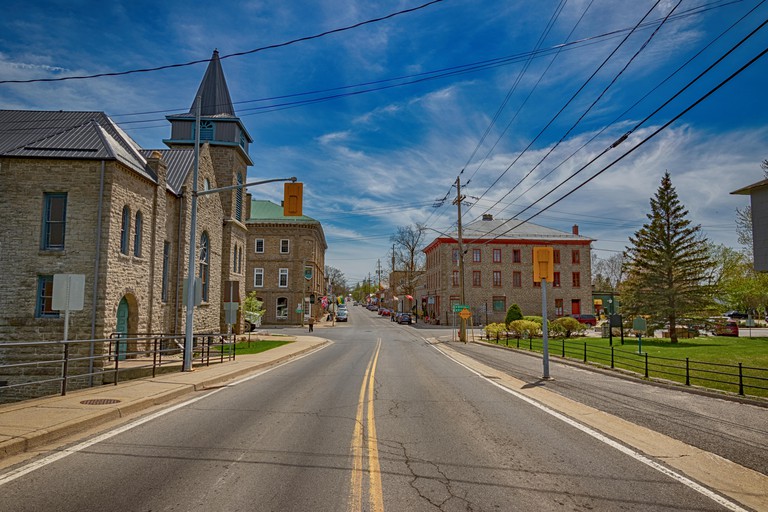 Nicknamed the Jewel of the Rideau, Merrickville was deemed “Canada’s most beautiful village” by Communities in Bloom. The village is home to more designated heritage buildings than any other Ontario community of its size, including lovely Gothic churches, historic stone houses, and grand Victorian homes. Many of these buildings have been transformed into shops in the village’s thriving artistic community, selling crafts, antiques, and artwork. The Rideau Canal runs through this village, adding to its picturesque appearance. Once an important shipping route, the canal is now a popular spot for canoeing and kayaking. 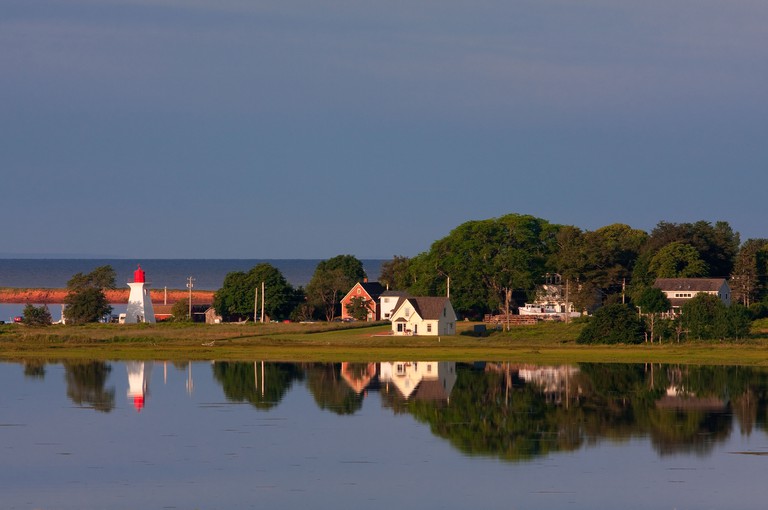 Victoria-by-the-Sea is located on the shores of the Northumberland Strait, halfway between Charlottetown and Summerside on Prince Edward Island. Founded in the early 19th century, the village exudes an old-fashioned charm with its colorful Victorian heritage homes, pretty lighthouse, and easygoing locals. The village is known for attracting artisans, with visitors able to try candle-making and pottery at some of its art galleries. The village is an excellent base for kayaking or visiting the beaches along the Northumberland Strait. 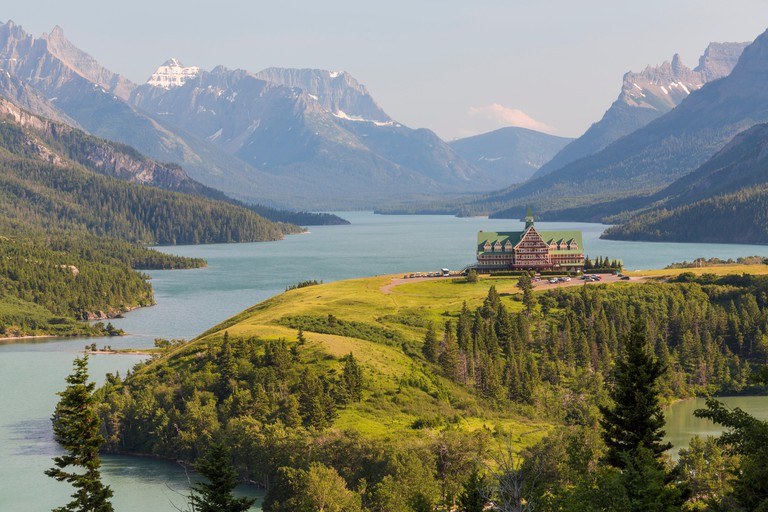 Waterton is a tiny mountain village located along a lake in the middle of Waterton Lakes National Park. Set near the USA-Canadian border, the 195sqmi (505sqkm) park is a World Heritage Site as well as an International Peace Park, sharing an open border with Glacier National Park in Montana. Visitors approaching the village are greeted with the impressive vista of the historic Prince of Wales Hotel set against a commanding mountain backdrop. Despite the national park’s popularity, the village is laid-back and unassuming, offering a few restaurants, shops, hotels, and other tourist facilities. 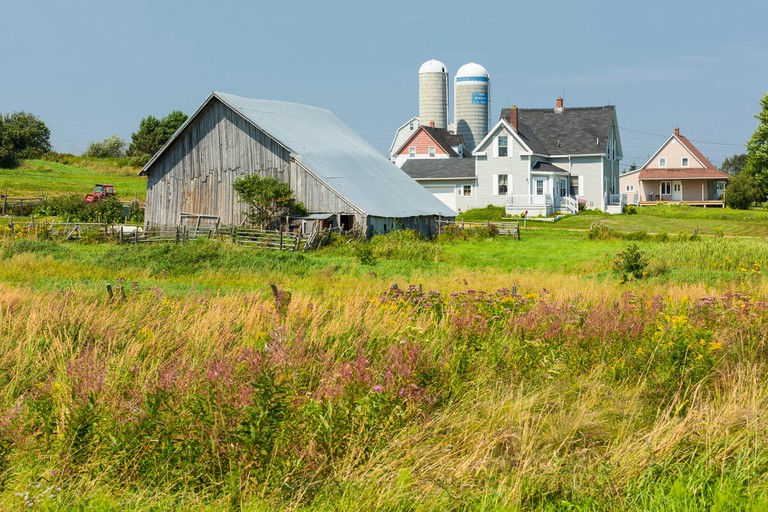 Memramcook is located less than a 20-minute drive away from the cities of Moncton and Dieppe. As it’s one of the region’s main hubs of Acadian culture, many locals speak the distinct Chiac derivative of the French language. The village’s Monument-Lefebvre National Historic Site is home to a fascinating exhibit on the history of the Acadian people. Aside from its interesting culture, the village is surrounded by the beautiful scenery of the Memramcook River valley, which offers walking and biking trails through picturesque marshlands. 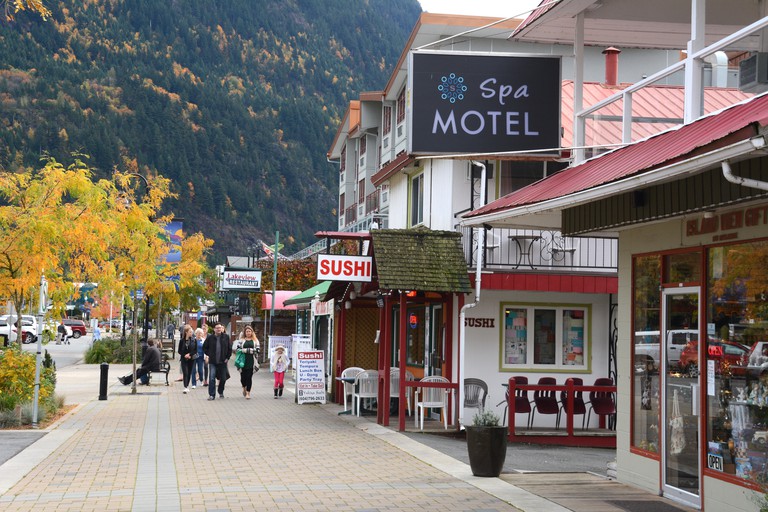 Harrison Hot Springs is a small village located 75mi (121km) east of Vancouver along the shores of Harrison Lake. The lake’s stunning vista of sandy beaches and surrounding mountains is best enjoyed with a stroll along the village’s waterfront promenade. As you may expect based on its name, the village is known for its healing hot springs, which have a naturally high mineral content. There are two sets of hot springs in the village, one accessible to guests at the Harrison Hot Springs Resort and Spa, and a public pool located at the junction of Hot Springs Road and the Esplanade. 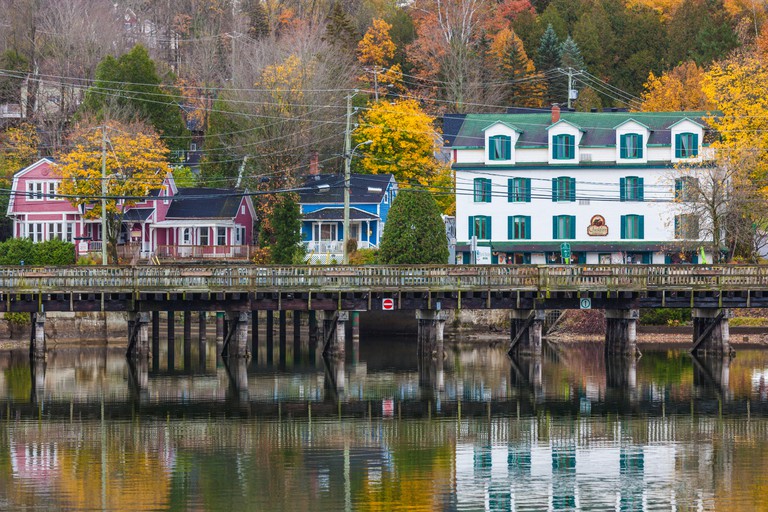 A member of the Association of the Most Beautiful Villages of Quebec, North Hatley is set on the north shore of Lake Massawippi, surrounded by mountains. Located 18mi (29km) south of the city of Sherbrooke, the village is shaped like a natural amphitheater. It became a favorite summer residence of wealthy Americans towards the end of the 19th century, resulting in the construction of numerous opulent residences. These centuries-old homes have since been converted into lovely B&Bs, art galleries, and boutiques. 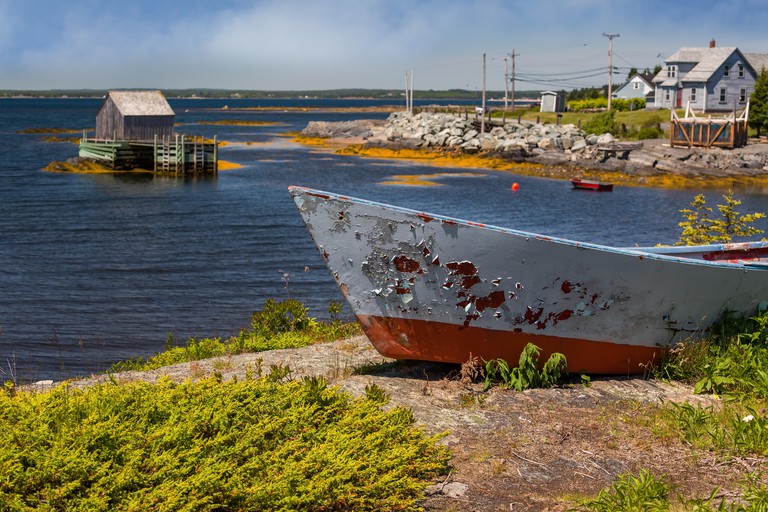 Blue Rocks is located on the south coast of Nova Scotia, a 5-minute drive from the popular Unesco World Heritage Site of Lunenburg. Often compared to larger Peggy’s Cove, the village has inspired artists like William E. deGarthe with its romantic scenery. Most families living in the village earn their living by catching fish or mussels. A bit of a hidden gem, Blue Rocks is a great place to walk around, snap some photos, and even go kayaking. 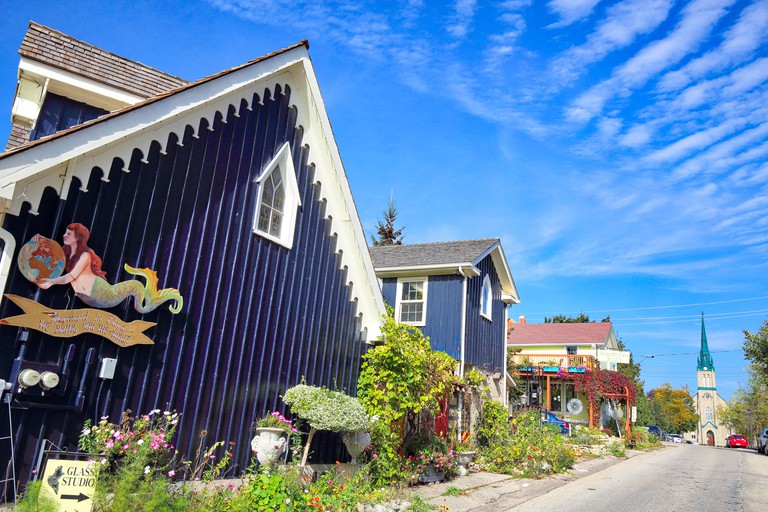 Located about 12mi (19km) northwest of Guelph, Elora is the self-proclaimed “Most Beautiful Village in Ontario.” The village is set on the Elora Gorge, where limestone cliffs overlook the banks of the Grand and Irvine Rivers. This natural recreation area is a well-loved spot for kayaking, camping, and hiking. Complementing this dramatic setting are the village’s many historic stone buildings, which date back to the early 19th century. A number of these lovely old buildings have been converted into quaint studios, restaurants, and shops. There’s also the Elora Quarry Conservation Area, a former limestone quarry that’s now used by locals and tourists for swimming.

You Should Visit These Most Pretty Streets In Montreal

The Beautiful Beaches In And Near Toronto You Should Visit

One thought on “Have You Visited All The Most Charming Villages in Canada?”