Dutch and German: Similar or Different?

German and Dutch are 2 languages from the Germanic family and I’ve had the pleasure of learning them both of them in recent years.

I’ve also lived in both Germany (Munich) and the Netherlands (Utrecht) for a little over a year each so I’ve had more or less the same in situ exposure to both.

As a result, I have had ample opportunity to experience the similarities and the differences between the 2 languages and can judge how easy or difficult both are to learn for the native English speaker.

The Germanic Family of Languages

German and Dutch belong to the West Germanic language family, a family that also includes English, Afrikaans, Yiddish, Frisian amongst others.

Geographically the proto-West Germanic language centered around present-day northern Germany and then spread to southwards as well as northwestwards and before going global with European colonization. 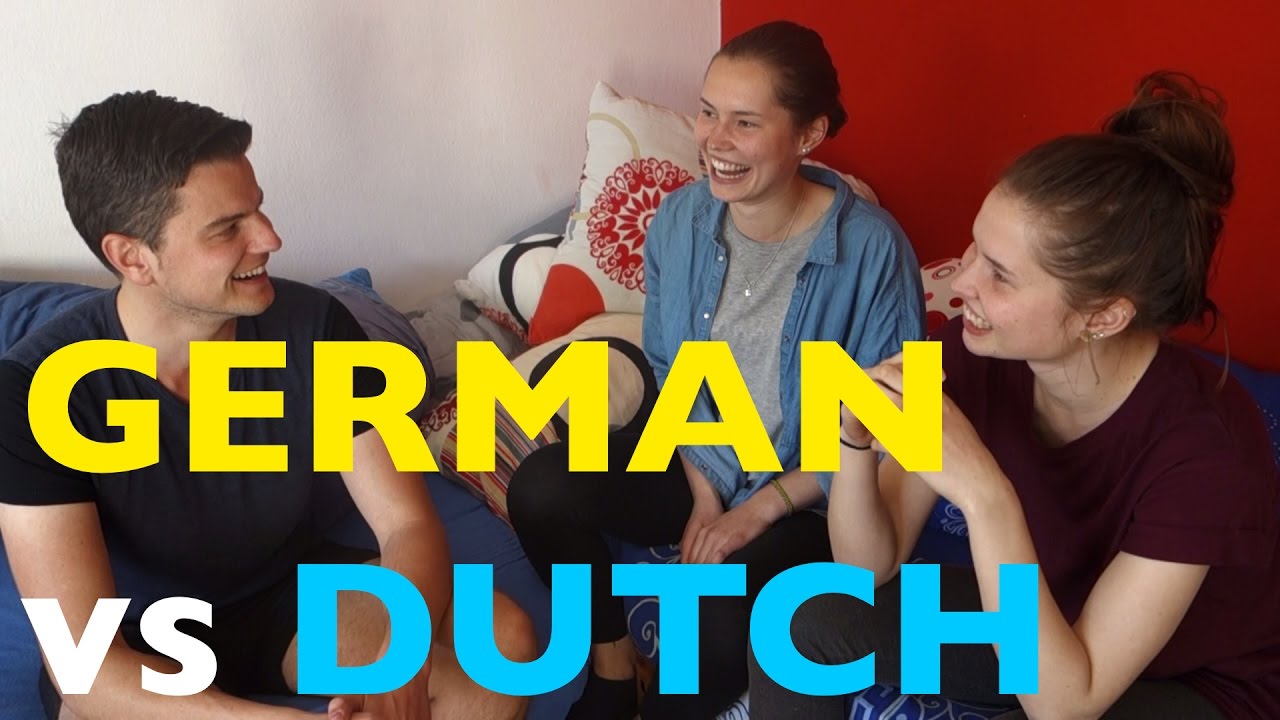 Written German has been standardized from a myriad of related dialects into Hochdeutsch or ‘High German’, although there remain significant regional differences in the spoken language.

Similarly Dutch also has standardized spelling governed by the Dutch Language Union while maintaining many dialects and variations of pronunciation in the spoken form, the biggest being ‘Flemish’ which is a broad term covering the Dutch dialects in northern Belgium.

German is an official language in Germany, Austria, Switzerland, Belgium, Luxembourg and Liechtenstein.

Dutch is an official language in the Netherlands, Belgium, Suriname, Aruba, Curaçao and Sint Maarten.

How similar are German and Dutch?

The lexical similarity between German and Dutch is roughly as similar as that between Spanish and Italian.

While German and Dutch are quite similar in terms of vocabulary, they do differ significantly grammatically. This is because Dutch has evolved to have a ‘simpler’ grammar structure for a learner.

German has 4 cases while Dutch has none. This is a major difference.

Whilst German cases are not as complex as in other languages that I’ve learnt like Russian and Ukrainian this definitely takes an investment of time to learn, especially if you have never learnt a language with cases before.

The word order in Dutch is also a little simpler and more flexible than in German with respect to the inversion of phrases for questions and the movement of subordinate clauses to the end of the sentence.

For example: “If you want to go the shop, call me!” 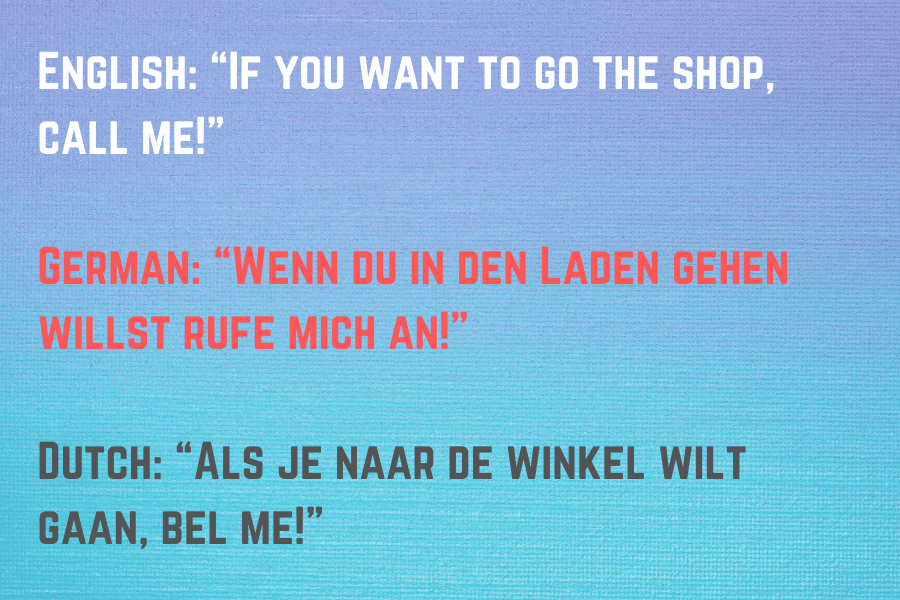 Here you can see that although the verb has moved to towards the end of the clause, in Dutch you say “wilt gaan” or “want to go” while in German it’s “gehen willst” or “to go want”.

German has 3 articles while Dutch only has 2. The German definite articles are der, die and das while the Dutch have de and het (het is used around 20% of the time so you can guess de if you are unsure).

Which was easier for people to learn?

Dutch has simpler grammar and is lexically more similar to English than German. Therefore, logically the answer should be straightforward: Dutch is easier!

However, learning a language is not simply a question of how familiar the grammar and words are to languages you already know.

There are several other culture and personal factors that come into play to make a language either easier or harder for you personally.

In my experience, Germans are more likely to reply to foreigners in the local language than the Dutch will and that’s especially true with native English speakers.

The automatic default for the Dutch if the notice an English speaking accent is to switch to English. This made it frustratingly difficult to learn Dutch when I was in the Netherlands.

You can learn about how I overcame these issues in the Netherlands in this article.

In my personal life, it so happened that I developed more relationships with German speakers than Dutch (both romantic and friendships) and so I ended up having to speak German a lot more than Dutch. However, I have noticed that whenever I return to the Netherlands that I actually speak in Dutch almost all the time and people rarely reply in English to me anymore. It could be that the Dutch are more proud to speak their language with foreigners or it could be that my Dutch is just simply a lot better than before.

So while Dutch should in theory be easier for a native English-speaker because its vocabulary is more similar, it has no cases and has a simpler word order, I actually found it personally ‘easier’ to learn German because of the cultural and personal elements that go with learning languages.

These ultimately outweighed Dutch’s linguistic simplicity and allowed me to learn German faster than Dutch.

Have you learnt German, Dutch, both or any other combination of Germanic languages? Or perhaps you’ve learnt two or more languages from the same language family? If so, I’d love to hear your experiences. Send us a message.