Do You Know All The Hawaiian Islands and Their Nicknames?

If you’ve ever thought to yourself, “Why is Maui called the Valley Isle,” then you’ve come to the right place.

While each Hawaiian island is as beautiful and postcard-perfect as the next, each has its own distinct personality—and its own nickname, too. But, if you’re unfamiliar with each island’s individual history and peculiarities, it might be a mystery as to why Lānaʻi, for example, is called The Pineapple Island. So let’s dig in! 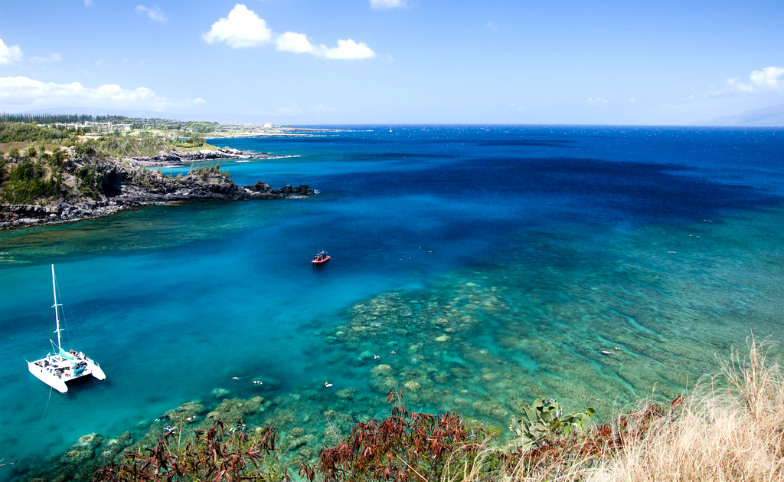 You’ll probably understand why Maui is called The Valley Isle on your flight in. Many of the island’s towns and districts are sandwiched between Maui’s two major mountain ranges, Haleakalā and the West Maui Mountains. Often, driving through central Maui feels as though you’re commuting through one massive valley.

A mixture of unrelenting precipitation and hundreds of miles of undeveloped land has earned Kauaʻi the title of The Garden Isle. If you’ve been to the island, you know. There’s something in bloom almost everywhere you look, and its verdant valleys and overgrown jungles are hard to ignore. Due to its flourishing nature, the island is also home to some of the best botanical gardens in the state, such as the Allerton Garden, the Limahuli Garden, Preserve, and Na ʻĀina Kai Botanical Gardens.

The island of Oʻahu got its nickname—The Gathering Place—for an assortment of reasons. First and foremost, Oʻahu has the highest population count in the state and is home to approximately 72% of the state’s residents, vastly outnumbering any other Neighbor’s Island. Secondly, visitors love to “gather” here on Oʻahu, as the island and its visitor-friendly districts like Waikīkī and Kailua have become a haven for travelers looking to come to Hawaiʻi.

It’s funny, if you talk to Hawaiʻi locals, they may think the Big Island’s actual name is … the Big Island when it’s really Hawaiʻi Island. That’s just how common this nickname is in the local dialect. Regardless, Hawaiʻi Island is called the Big Island because it’s big—like, massive. Sprawling over 4,000 square miles, Hawaiʻi Island has 63 percent of the Hawaiian archipelago’s combined landmass. It is the largest island in the U.S. Unlike Oʻahu, Maui, or Kauaʻi, driving from one end of Hawaiʻi Island to the other will take you more than a few hours and road trips feel like legit road trips. 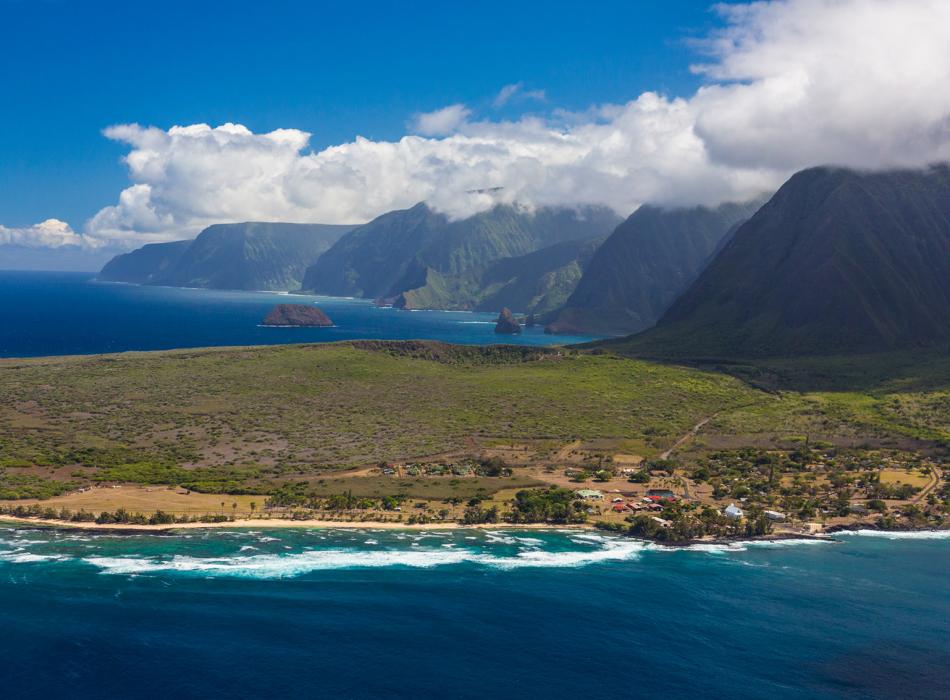 The aloha spirit is truly alive and well on Molokaʻi. This laidback little island got its nickname from the people who live there. The communities on Molokaʻi are small, so everybody knows everybody and, more importantly, people look out for one another. And as long as you come with aloha, you can expect to be treated with aloha. 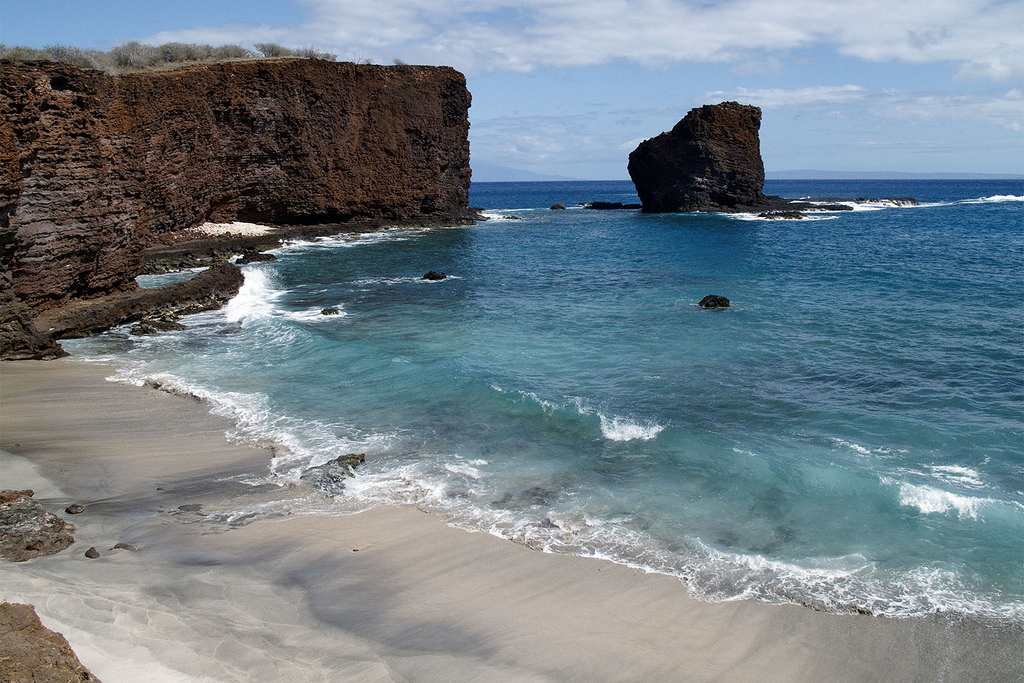 When people think pineapples, they think of Dole Plantation on Oʻahu or Maui Gold on Maui. However, in 1922, James Dole—at the time president of the Hawaiian Pineapple Co., now known as Dole Food Co.—bought the island of Lānaʻi and used large portions of the land to grow and produce pineapple—making the small island the world’s largest pineapple plantation. However, as pineapple production was phase out in 1992, CEO of the Oracle Corporation Larry Ellison bought 98% of the island in 2012 and worked to improve the island’s infrastructure and create an environmentally friendly agricultural industry for the approximately 3,000 residents who live there. 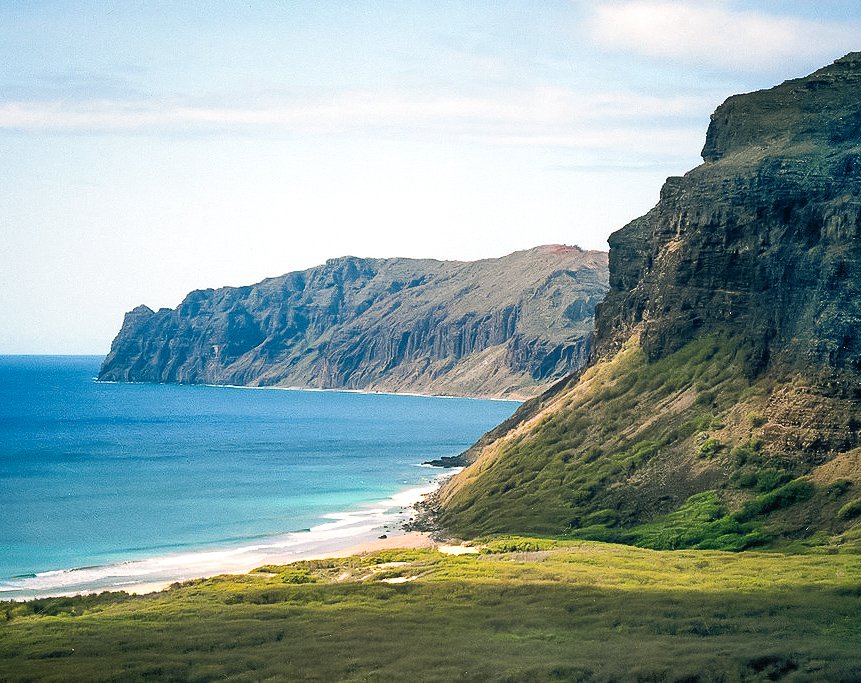 Some nicknames are more figurative, while Niʻihau’s is about as literal as it can get. The Forbidden Isle is truly forbidden unless you’re a part of the Robinson Family—who owns the island—or one of the very few residents who still live on the island. Tours are available but cost a pretty penny. However, spending a half-day on an almost deserted island is a truly surreal experience.

Serving as a stark reminder of the injustices placed upon Native Hawaiians and their lands, Kahoʻolawe’s nickname, The Target Isle, is derived from its modern history as a bombing range used by the U.S. Navy for training and testing purposes. These activities destroyed the island’s natural environment, polluted the waters, and covered the island with unexploded armaments. In 1976 the group Protect Kahoʻolawe ʻOhana filed a suit to halt the bombing of Kahoʻolawe, and after nine years, the U.S. Navy was forced to stop. Now, restoration efforts are in place to clean up the island of any unexploded armaments, and Native Hawaiians use the island for spiritual and cultural ceremonies.