9 German Expressions That Will Make You Sound Like A Native

These popular expressions about (new) beginnings, endings and sausages are an unbeatable way to understand the German mindset.

When I moved to Germany two years ago, I jumped in at the deep end: no place to live, no job lined up, I didn’t even know German yet! Thankfully, learning a language is one of the best ways to understand another culture. And it’s impossible to learn German or any language without picking up quirky local expressions too. Not only did the following nine expressions help me understand the German mindset and point-of view, they also debunked a myth about the German language that I had been subconsciously holding against it: that it’s too harsh and direct, leaving no space for figures of speech or playful prose. But nothing could be further from the truth!

When I decided to quit my job in São Paulo and move to Berlin, I bought a plane ticket and booked a hostel for two weeks. That was literally all the planning I did. But if I had known this expression, I would have braced myself for a rude awakening. With the two weeks in the hostel about to end, I found out the hardest way that finding a place to live in Berlin can take up to several months. Getting a job wouldn’t be a picnic either: yes, Berlin has plenty of jobs to offer, but finding one that fits your skills and expectations is another story. Now, two years later, I think I’ve earned the right to tell newcomers: Aller Anfang ist schwer. But don’t give up — you’ll find the right job and that dream flat in Kreuzkölln eventually. 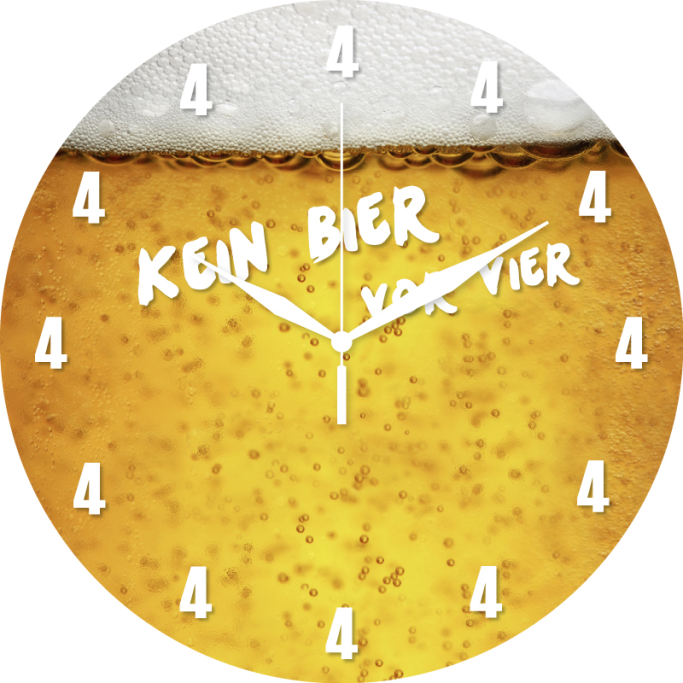 When I was still new to the city, I used to go to German classes in the mornings and, having nothing to do with the rest of the day (besides, ahem, looking for a job), I’d wile away the afternoons enjoying a b.e.er or two. I learned this expression when a classmate refused to have a beer at lunch with me. When I asked why, I got the curt, four-word answer, “Kein Bier vor vier.” That kernel of wisdom didn’t dissuade me (I had the beer with lunch anyway), but the expression has been one of my favorites ever since. Composed of only 4 words, this expression impresses me for its simplicity and for being an example that, at least sometimes, it’s possible to say a lot in only a few words of German.

“Alles hat ein Ende, nur die Wurst hat zwei.” (Everything has an end, only the sausage has two.)

Along with beer, most people associate Germany with sausages. And they’d be right to, because sausages are well represented in German idioms. My favorite of the German sausage truisms explains that everything comes to an end, so don’t worry too much, alright? But don’t get too attached to anything either, after all… 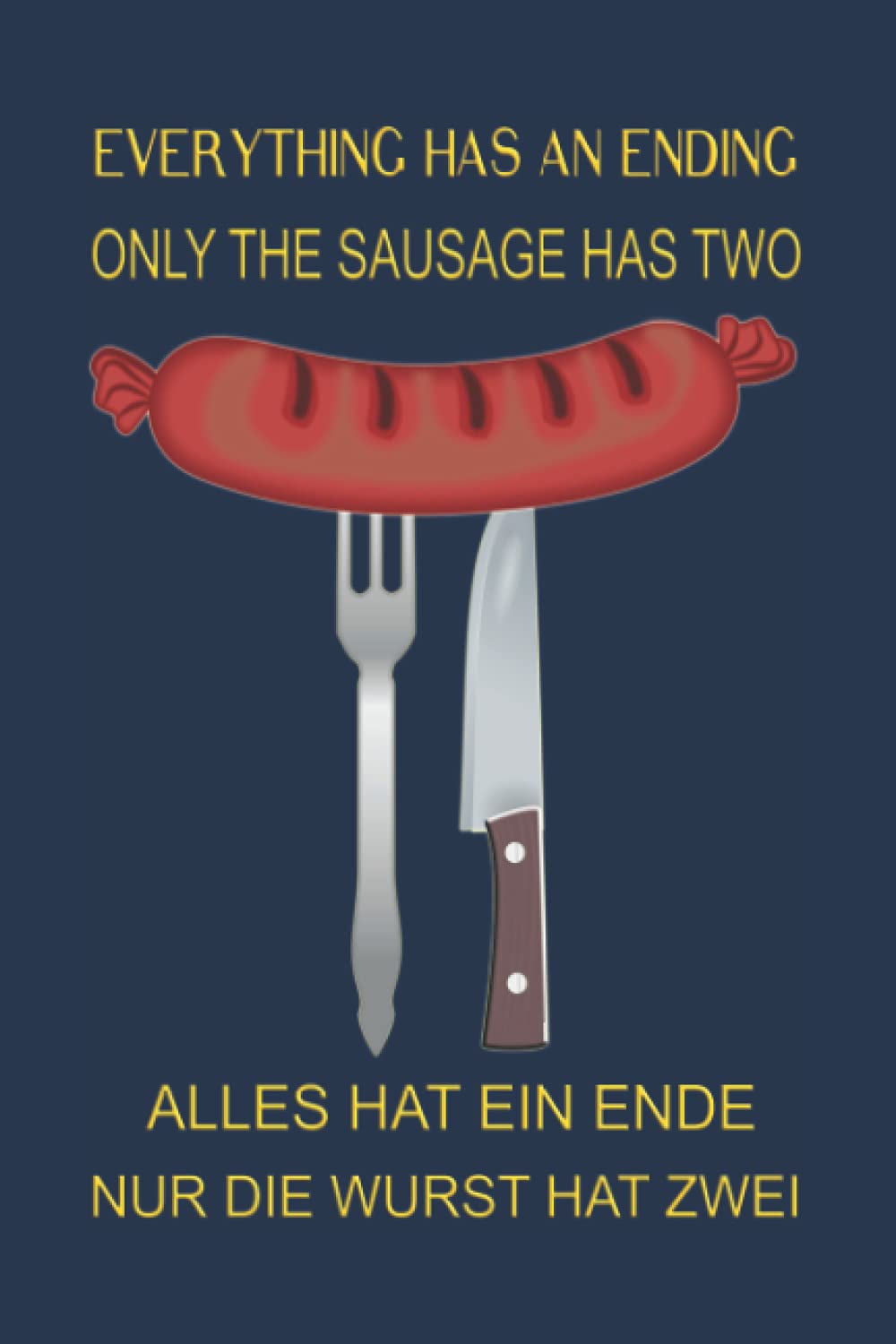 Anyway, what really makes this expression special is that it sets you up to expect something very deep and philosophical: “Alles hat ein Ende, [insert a very profound ending here].” But luckily the second part completely breaks this expectation by telling something obvious (which also involves a sausage). Who said that Germans don’t have a sense of humor? (If you are interested in expressions about sausages, this is just one of many examples.

“Der Fisch stinkt vom Kopf her.” (The fish starts stinking from the head.)

Still in the food and drinks category, this one brings the sense of smell into the equation with a strong metaphor. By saying that the fish starts to stink from the head (which, by the way, is true), the Germans most likely meant that the people in charge should be the first to blame when something goes wrong. For me, this one can also be interpreted on a more personal level: problems begin, and in fact only exist, in your head.

“Nicht jede Kuh lässt sich melken.” (Not every cow lets you milk it.)

This one, the way I see it, is about resistance, resilience and establishing boundaries. Sometimes in life we have to do things we don’t like and this might be especially painful when authority figures are involved. When someone thinks they can walk all over you, remember: Nicht jede Kuh lässt sich melken.

This is not exactly a popular expression, but rather a line from The Threepenny Opera (D.i.e Dreigroschenoper), a play by the German dramatist Bertolt Brecht. For me, it perfectly exemplifies how the most pressing afflictions of life sometimes keep us from wondering about more existential (and important) questions. It totally relates with the way my life evolved after arriving in Berlin: in the first year, having to look for a job and a place to live, I didn’t have time to think about the many mysteries of existence and the universe. Now that that initial phase is over, I finally have time to wonder: “Who am I?” “What am I doing on this planet?”

I like to think that my conscience has always been (more or less) clear, but I’ve still had trouble sleeping for as long as I can remember. Also, I never heard of psychopaths having trouble falling asleep. So, although this expression sounds very nice with its rhyme and cool metaphor, I have to say I strongly disagree. 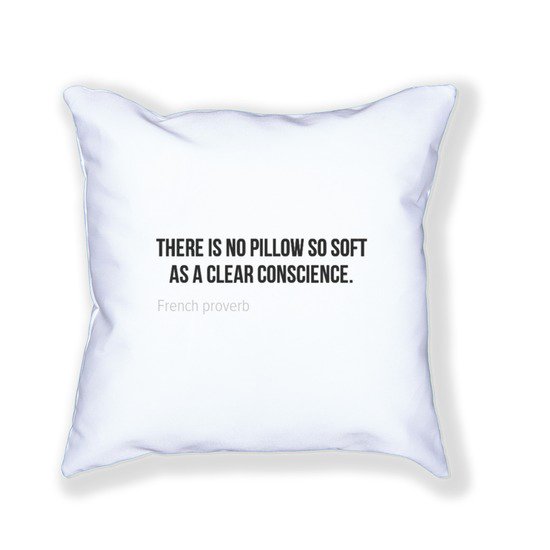 This one might be a bit painful for those who gave their best and arrived second — after all, isn’t trying hard already good enough? Well, not according to this idiom. But let’s not take everything so seriously. This is a great thing to say to your German friends after beating them in any sports, competitions, card or video games (and the Germans do like games!).

To close the list, here’s an expression that can be seen as a very hard take on life: Das Leben ist kein Ponyhof, so expect a lot of problems, things going wrong, and everything getting worse. But I prefer to interpret this a different way: a pony farm sounds extremely boring, so I’m glad that life has bit more excitement to offer!