Everyone knows that dolphins are wi.c.ked smart. They’re extremely social and even communicate amongst themselves. But they’re also always available to lend a helping hand to humans and other species. There are many stories dating back into history of dolphins helping people.

1. Dolphins Love to Save People 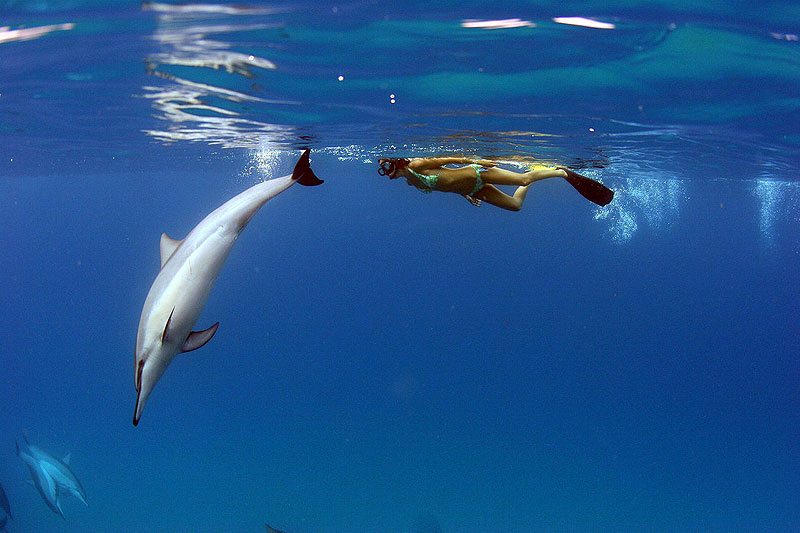 It’s been reported time and time again that dolphins and humans have a special bond, probably because no one gets us like our flipper’d friends. And what’s more, countless cases have been recorded of dolphins going out of their way to actually rescue distressed humans from the depths of the oceans, even saving them from sharks.

A group of bottlenose dolphins in Brazil actually trained themselves to alert nearby fishermen as to where to throw their nets. Super helpful to the local fish economy, super shady for the fish… 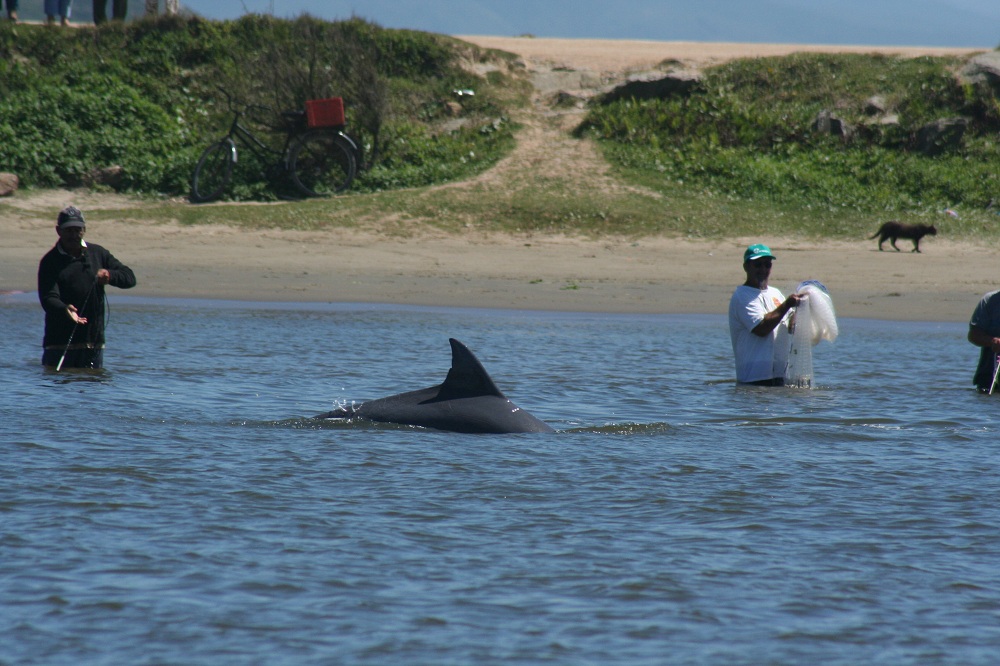 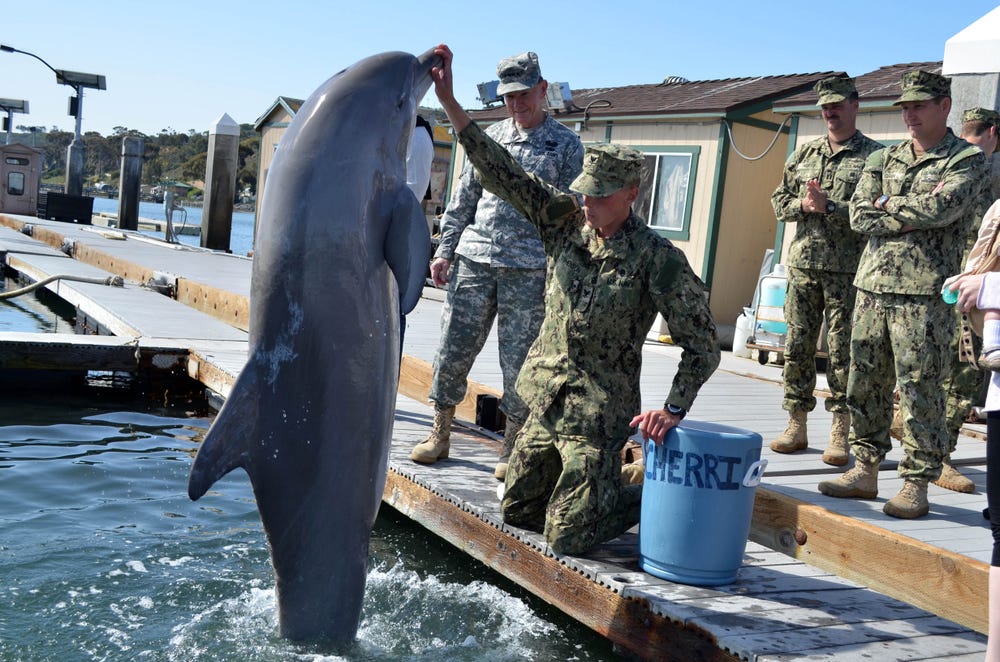 For over 50 years, the Navy has been utilizing dolphins for various wartime purposes including guarding military bases. Their advanced echolocation outperforms even the most up to date technology, making them better at sniffing out underwater mines than the dogs the Navy tried to get scuba-certified. 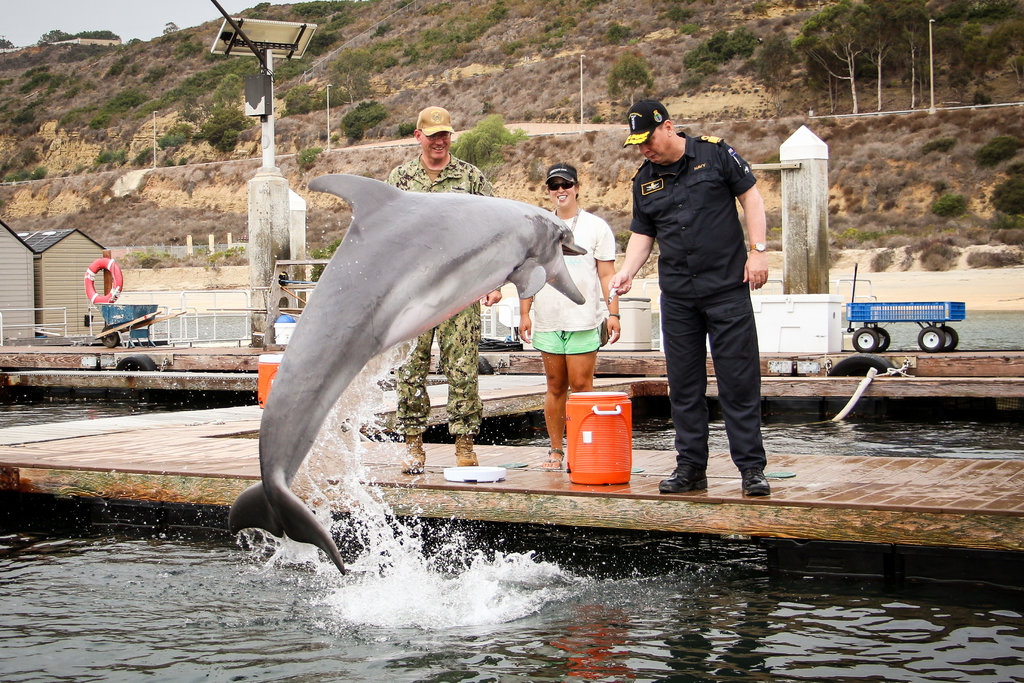 Some rumors abound that dolphins have been trained to kill enemy divers with compressed gas needles, but the Navy adamantly denies this.

4. They Might Be Able to Detect Cancer in Humans 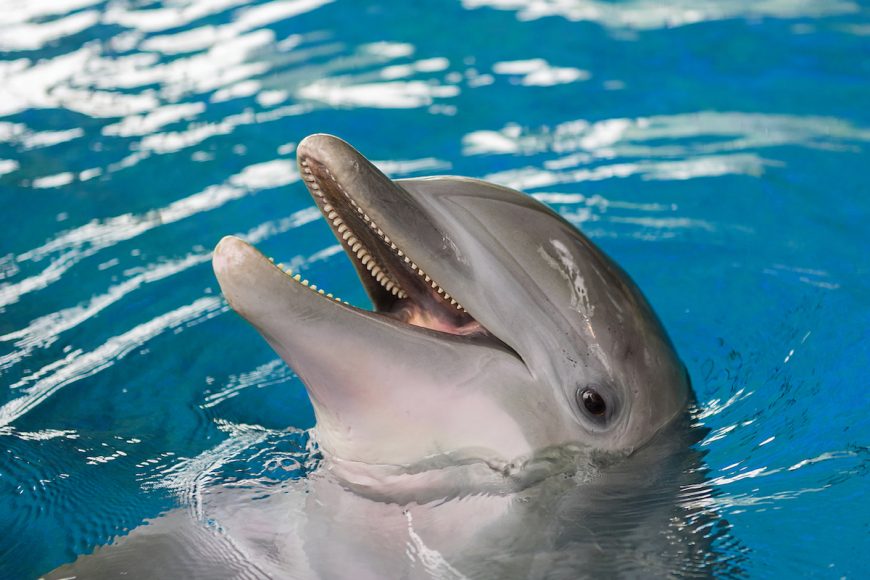 A news story about a woman who swam with dolphins and was somehow inspired to visit a doctor who identified a cancer tumor, has speculated a dolphin might have helped. A Panama City Beach, Florida woman went on a dolphin cruise and once in the water with about 15 dolphins something strange happened. One male dolphin stayed near her and even bumped her. Then it did a flip in front of her.

She told the dolphin trainer what had happened and he asked her if she was sick and if the dolphin swim as one of her last wishes. She said no and replied with the same answer when he asked if she had cancer.

After she returned home she notice a pain in her chest and decided to go to a doctor after remembering the dolphin encounter. The doctor found a tumor in one of her lungs, which she had treated. The woman credits the dolphin with helping her get checked out and saving her life. She plans to visit him in the British Virgin Islands again.

While it seems likely that the dolphin’s behavior towards the sick women was merely a coincidence and that we may have a tendency to read too much into such a situation, how exactly do we know dolphins don’t have abilities we don’t yet understand? 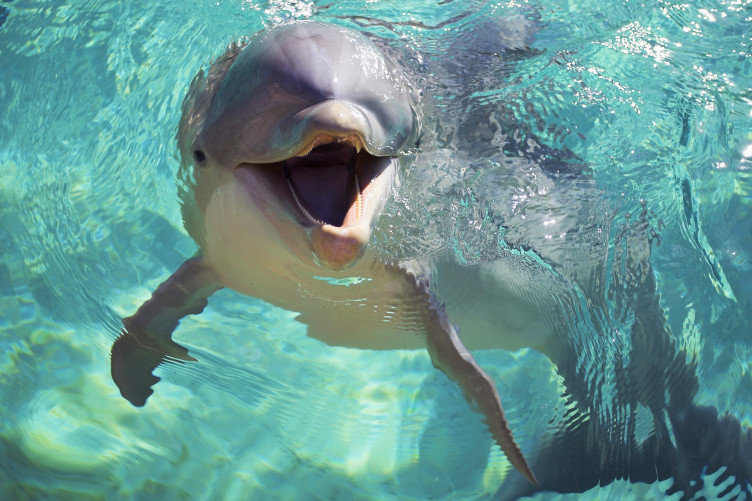 5. They’re Not Afraid to Ask For Help

On January 11, 2013, several snorkelers and divers on a winter trip to Hawaii were enjoying a night dive with their instructors off the coast of Kona. While watching manta rays feed off plankton in a lighted area, a bottlenose dolphin swam in close. The dive instructors noticed that the dolphin’s movements seemed unnatural. As the dolphin made a few passes, they saw that the animal had become entangled in a fishing line that ran from its mouth to its left pectoral fin.

Although those involved in making the film footage, the dive instructors and camera operator Martina S. Wing of Manta Rays Hawaii, state that they do not advocate lay people trying to rescue marine life (instead they ask that you contact NOAA and/or local authorities), the dive instructors—who had thousands of hours of experience at this particular site—decided to render assistance based on the dolphin’s behavior and its approaching them.

What’s amazing is that the dolphin not only goes to the divers once for help but swims away to go up for air and then returns for more aid.

We already loved dolphins, but knowing how smart and helpful they are makes us want to protect and care for them even more!