Surely koalas are one of Australia’s most famous animals. It’s not hard to see why because these aww-inducing marsupials can make even the coldest hearts melt in a moment. Not only that, but as a native Aussie, they’re one of the world’s most special creatures.

While koalas are popular worldwide and are the face of many Aussie tourist souvenirs, there are some really basic facts that people might not know about this iconic and lovable mammal – like right now they are incredibly vulnerable to local ex.t.i.n.ction in NSW.

Here are 10 interesting facts about koalas:

You might hear the term ‘koala bear’ being tossed around when it comes to these fluffy animals. While they might look bear-like with their round ears and big black nose, they actually share more characteristics with other marsupials like the wombat.

2. Baby koalas are too cute (this is indeed, a fact)

Called ‘joeys’, baby koalas develop in their mother’s pouch for about six months. After this time, they’ll ride on their mum’s back for another six months, only using the pouch to feed and sleep.

3. Koalas can be found in southeastern and eastern Australia

While koalas are a national symbol of Australia’s unique wildlife, they can only be found in the wild on the southeast and eastern sides of Australia, along the coastlines of Queensland, New South Wales, South Australia and Victoria. They live high up in eucalyptus trees of native bushlands and forests, usually perched between the forks of the tree’s branches.

4. They have a very supportive butt… 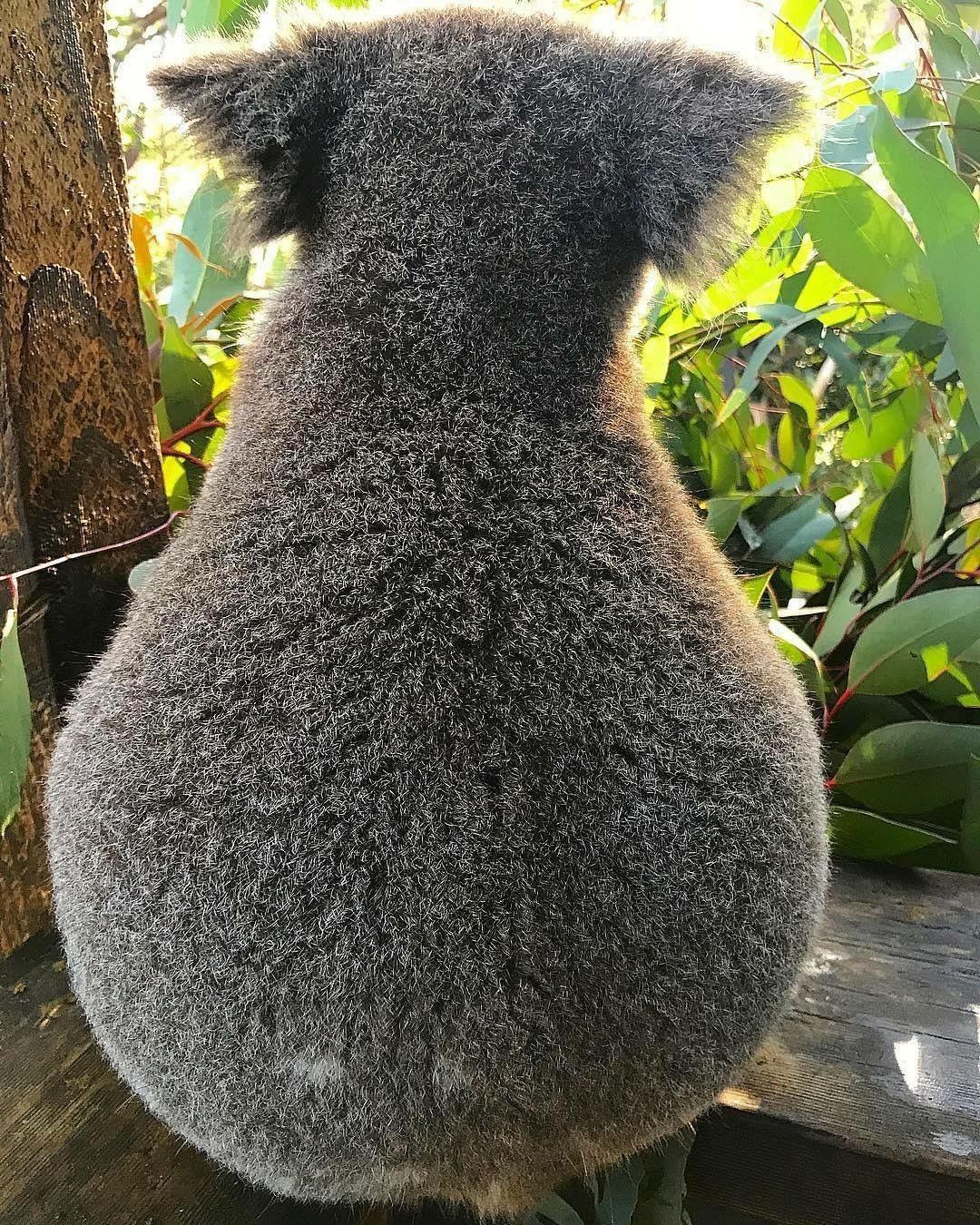 Living in trees and being wedged between rough branches requires a lot of support! Luckily, the koala has strong cartilage at the end of their curved spine, allowing them to make eucalyptus trees a comfortable home! 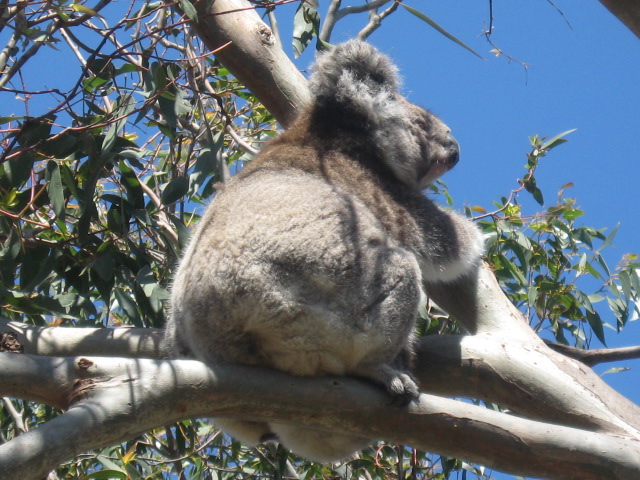 Koalas survive on a diet of eucalyptus leaves and can eat up to a kilogram a day! Pretty impressive, considering eucalyptus is p.oi.s.o.n.ous to most animals.Their special fibre digesting organ, called a caecum, helps to de.t.o.xify the chemicals in the leaves.

However, they can be quite picky eaters, eating less than 50 of over 700 eucalypt species. Even then, they’ll often choose leaves at the top of the tallest trees that contain more liquid and nutrients – only the best for Australia’s koalas!

6. ‘Koala’ is thought to mean ‘no drink’ in the Australian Aboriginal language

It was thought that koalas didn’t need to drink because of the moisture they get from munching on juicy eucalyptus leaves all day. However, they do drink from various water sources when needed, especially during heatwaves and in times of drought.

Despite the rumours, koalas don’t ‘get high’ or ‘dr.u.gg.ed out’ on eucalyptus leaves. It’s because the leaves are so low in nutrients that koalas need more sleep than most animals which basically helps them conserve energy. 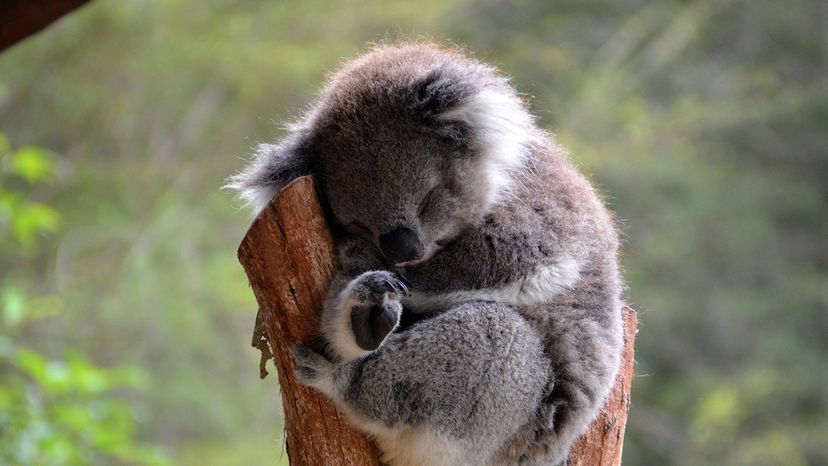 8. Koala Chlamydia is a serious di.s.ease

But it’s not the same strain of Chlamydia that affects humans. Many koala populations are vulnerable to Chlamydia and it usually manifests when they’re in s.t.r.e.ssful situations. The di.s.e.ase can cause bl.i.n.dness and reproductive tract in.fe.ct.ions.

9. Koalas are losing their homes to excessive tree-clearing

Many koala populations are faced with nowhere to go when their forest habitat is de.s.t.r.oyed by de.f.o.r.estation. Just in the last two years, tree-clearing has tripled in New South Wales, leaving important koala habitats incredibly fragmented or completely lost.

With their trees gone, koalas are spending more time on the ground in search of food and shelter. Sadly, this is when they’re most vulnerable to being h.i.t by vehicles, a.t.t.a.cked by dogs and falling i.l.l to s.t.r.ess-induced di.s.e.ases like chlamydia.

10. Sadly, koala numbers are on the decline 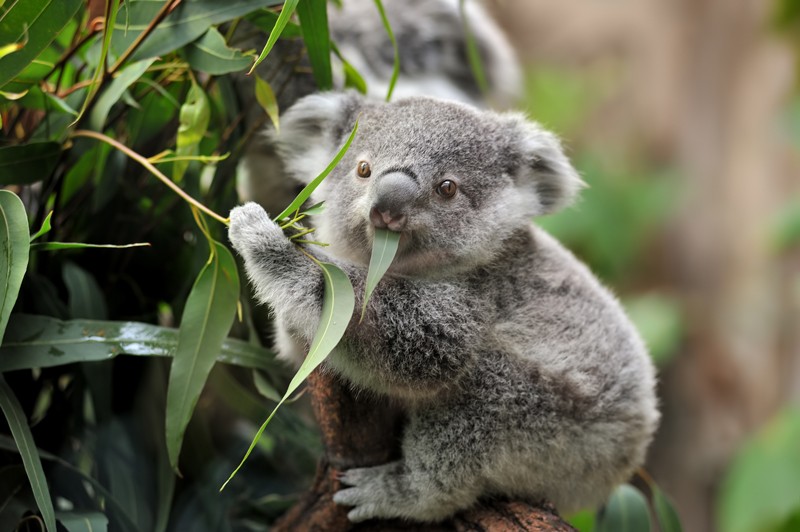 Sadly, koala numbers are on the decline. Their numbers have been falling further and further every year due to d.e.f.o.r.estation and di.s.e.ase. Then, Australia was ravaged by the most devastating, unprecedented bushfire season the country has ever seen. Tragically, nearly 3 billion animals, many found nowhere else in the world, perished. Many struggling Australian species, like our koalas, have now been pushed even further towards the brink of ex.t.i.n.ction. The good news is that there is hope to turn this around.

Catwalk time: Majestic prides parades down on a road in South Africa